The Batanes island group is the smallest province in the Philippines in terms of population and land area, consisting of ten tiny islands of which only the islands of Batan, Sabtang, and Itbayat are inhabited.

The people who inhabit these islands are called Ivatans who descended from Austronesians who migrated to the Batanes Islands 4000 years ago. 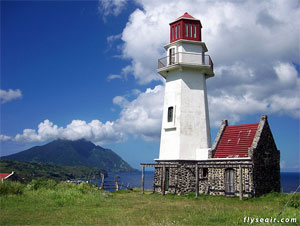 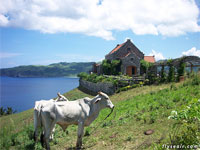 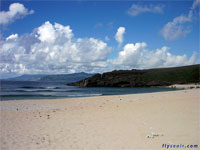 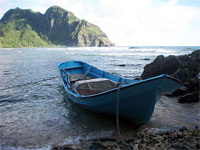 The landscape of Batanes is quite distinct from other Philippine provinces due to the steep cliffs, rolling hills, deep canyons and boulder-lined shores. These natural characteristics make Batanes a very exciting place to visit, and a place to be at one with nature.

Compared to the rest of the country, the Batanes weather is rather pleasant - it has an almost temperate climate from December to February, and it enjoys practically four seasons, the best one being summer which is from March to June.

Undoubtedly, the wind swept islands of Batanes are as beautiful as they are enchanting, and quite unlike any other in the Philippines. Due to its terrain, it is a major livestock producer with cattle, carabaos and goats the most popular raised. Another major industry for the area is fishing, which reaches its peak during the summer months of March to June, when the sea is relatively calm.

Despite its reputation as a backward region, Batanes now has modern conveniences like mobile phones, electricity, and cable television, although it has comparatively little motor transport.

There are numerous activities that await intrepid visitors to the islands of Batanes. They can swim at any one of its magnificent beaches, visit authentic fishing villages, explore historic churches and lighthouses, enjoy island hopping, and most importantly, simply take it easy, unwind, and be at one with nature!

The people, the place, and the surroundings of Batanes are enough to make any visitor appreciate the joy of trouble, and stress-free living.

Batanes is a unique island group nominated by UNESCO Paris as a World Heritage site. It is a place where traditions are well preserved.

The local government of Batanes aims to promote the cultural heritage of Batanes, and is working with various agencies to help promote Batanes into becoming one of the prime destinations in the Philippines. The Department of Tourism has Batanes listed as an emerging destination and a prime ecotourism zone.

For an unforgettable stay in Batanes, choose the Fundacion Pacita Nature Lodge. Once owned by internationally acclaimed artist, Pacita Abad, this hotel is positioned on a verdant hill with scenic views of the rolling hills and seascape. With an Ivatan style throughout, the ambiance is artistic, relaxing, and homely.

2:00 PM • Nakabuang Beach • Siesta • Swimming • Back to Sabtang Port (Travel back to San Vicente Port) • Back to hotel

Send Us Your Enquiry