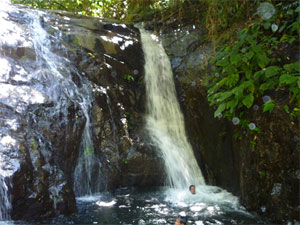 Kayaks, jet skis, body and paddle boards, knee boards, water skis, and wind surfers are all available for hire at Santa Ana, on the coast of the Cagayan Valley. There are also jet-skis and speedboats.

Try snorkelling at Siwangag Cove where over 75 different corals and hundreds of fish species can be seen.

Those who enjoy white water rafting can battle the rapids of the Pinacanauan River, near to Tuguegarao, and further afield on the Chico River, as well as the currents of the Cagayan River.

Sailors can enjoy trips in a twin hulled catamaran, with assisting crew, owned by Jotay Resort which also has a speed boat available.

Taka a bangka for a trip Whale and Dolphin watching, when the season allows, or visit neighbouring islands with white sand beaches. Call at nearby Palaui Island and visit Cape Engano and its lighthouse at the country's most north-easternmost point.

Those looking to go game fishing can arrange trips sailing from Santa Ana, which hosts several tournaments during the year.

There are guided treks available to take you into the Sierra Madre mountains, Santa Clara Falls, and across Palaui Island. There are more easy going hikes to nearby waterfalls.

There are also bicycles available for hire, and even dirt track bike riding around the rice fields.

Cagayan Valley is situated on the migrant route, China, Japan, Taiwan to Luzon, and is a good area for birdwatching. 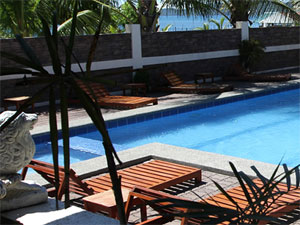 The pool at Jotay Resort

Jotay Resort is a great place to stay whilst exploring Cagayan Valley. There are numerous activities on offer including snorkelling, whale and dolphin watching, trekking, and fishing. Alternatively you can simply relax on one of the many beaches. 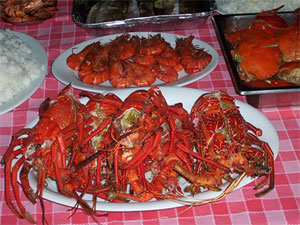 Surrounded by the waters of the Babuyan Channel, South China Sea and the Pacific Ocean, Cagayan Valley is an unspoilt part of the Philippines that many have yet to discover!

Cagayan Valley is situated in a large valley in northeastern Luzon, between the Cordillera, and Sierra Madre mountain ranges. It includes the Northern Sierra Madre Natural Park, which is the largest protected area of the Philippines. The Cagayan River, the Philippines' longest river runs through the valley and flows out to the Luzon Strait in the north. 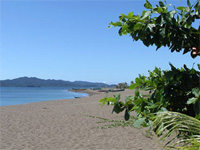 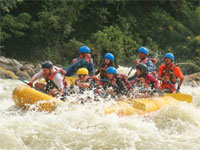 Whitewater Rafting on the Chico River 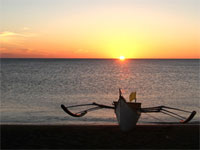 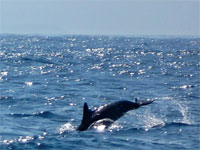 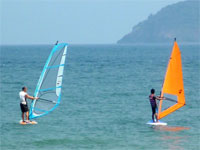 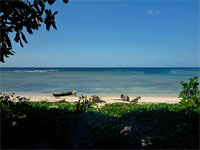 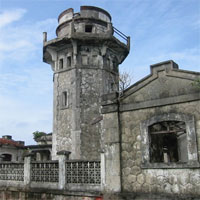 Affectionately known as the "Land of Smiling Beauty", Cagayan Valley's capital is Tuguegarao City, and this is likely to be your point of arrival, by plane from Manila, unless you are undertaking a land tour via the Rice Terraces or Ilocos.

The name "Cagayan" comes from the word “tagay,” a kind of plant that is abundant in this province. Thus, “Catagayan” which means "a place where tagay grows abundantly" was shortened to “Cagayan”.

Callao Cave, one of the top tourist attractions in Cagayan Valley. It is a cave with seven chambers.

One of the chambers has been turned into a chapel by local residents, as it is spacious and has an opening allowing sunlight to enter. It is a stunning sight.

The caves have a number of stalactites and stalagmites, plus other natural crevices which also let in light.

There are numerous other caves in the Cagayan Valley, which serious cavers, or "spelunkers" can explore.

To the south of Cagayan Valley there are tough tests of trekking endurance at Paraiso Tribu Vizcayano National Park, with three different levels of difficulty.

Palaui Island is a National Marine Reserve, and is quite unspoilt, with a number of beautiful, quiet, white sandy beaches. It also has the remains of an old Spanish lighthouse at Cape Engano.

Our Lady of the Pillar Church

Our Lady of the Pillar Parish Church is a beautiful combination of old and modern architecture, found is Cauayan City.

The exterior part of the church is well preserved, and the interior has been glorified with a stunning painting on the ceiling showing the coronation of the Virgin Mary.

Iguig CalvaIguig Calvary Hills & Parish of St. James the Greater, in Tuguegarao City, is another religious site that is worth visiting. The facade is quite modern, but the main body of the church is old, and has endured several earthquakes down the years. It has the remnants of ancient stone steps which lead to the river running below.

Tuguegarao City is the capital of the Cagayan Valley region. The city is situated on a peninsula surrounded by the Cagayan and Pinacanauan Rivers.

There are historic buildings that visitors will appreciate, as well as the Provincial Museum, which houses an extensive collection of artifacts, antiques, and heirlooms, as well as fossils of animals that once inhabited the region.

Buntun Bridge, crossing the Cagayan River, is one of the longest bridges in the Philippines.