Turtles are found all over the Philippine Islands

No country has a greater diversity of marine life than the Philippines, and this is why scuba divers are lured to the country from all over the world. 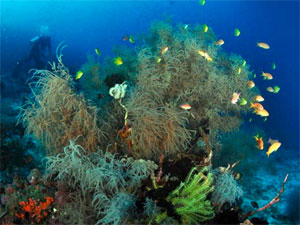 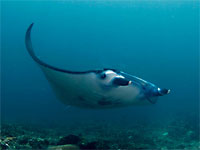 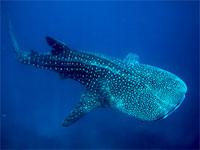 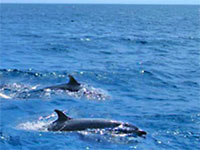 Marine wildlife is plentiful in the Philippines and there are several great sites for Dolphin and Whale Watching on our tours. From Panglao Island, Bohol, take an early morning bangka ride to get amongst these creatures in the Bohol Sea. Ex whale-hunting boats have now been converted for tourism, which is now an important part of the local economy. Skilled local spotters, familiar with the area, work as your guides.

Another of the best spots for Dolphin and Whale Watching is just north of Dumaguete, off the coast of Bais, in the Tañon Strait. This is a natural habitat for whales and dolphins, with species including long snouted spinner, bottle nose, and pan tropical spotted dolphins, plus pygmy killer, dwarf sperm, and melon headed whales frequently found between March and October.

Where can I Swim with Whale Sharks?

The largest annual congregation of Whale Sharks, (locally known as "Butanding"), is in Donsol, Bicol, Philippines from November to May. These gentle giants, the largest fish in the world, are migratory animals, found in warm tropical waters as they follow their food supply, a dense concentration of plankton and krill which is brought about by the temperature and general health of the sea.

We offer tours to Donsol,where you can get amongst these beautiful creatures with simple snorkeling equipment. Whale Sharks are friendly to human beings as long as they are not scared away by being touched or harassed.

Whale Shark tours are now also a popular activity at Oslob, Cebu, and here they are prevalent almost all the year round. Make an early start from your Mactan, or Cebu City, hotel to see these beautiful creatures at the best time of day.

Manta Rays in the Philippines

The strong current from the San Bernardino Straight between December and May also makes Donsol an ideal feeding centre for the Manta Ray - the largest and most harmless ray in the world.

Manta Rays are known to be extremely curious animals, and often approach and make themselves known to divers, but have never been known to attack. Visit Ticao Island to experience Manta Rays too.

There are five species of sea turtle found in the Philippines, two of which, the Green and Hawksbill turtles, actually nest on the islands. Such nests are often fenced off by hotels and resorts, to give extra protection from predators.

The leatherback turtle is one of the biggest turtles found. All turtles belong to the endangered species and are protected by law, as are dugong and whale sharks.

The best spots for seeing turtles include Apo Island, off Dumaguete, and Port Barton, Palawan.

Diving in the Philippines >>

Liveaboard Diving in the Philippines >>