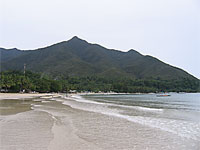 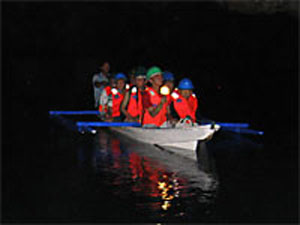 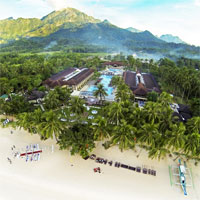 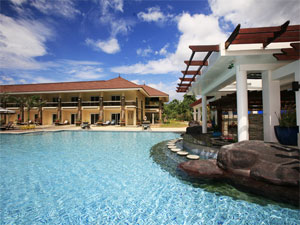 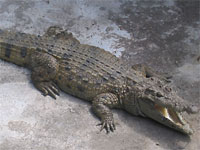 "A very big thank you for the arrangements you made which made our trip to the Phillipines very memorable. We shall recommend your services."

Puerto Princesa is the capital of Palawan, and is built alongside the beautiful Honda Bay.

For visitors and tourists, Honda Bay offers boat trips, and there are good snorkelling opportunities for lovers of marine life.

Many of our Tour Suggestions include Puerto Princesa & El Nido.

As a whole, Palawan comprises 1,768 islands of pristine white beaches, dramatic rock formations, secret coves and underground mysteries. An untamed land, a nature lover's paradise and an explorer's dream, Palawan certainly lives up to its image as the last frontier.

Palawan has been declared a nature sanctuary of the world and for good reason. It is wrapped in a mantel of rainforests, outstanding dive sites, majestic mountains, primeval caves and shimmering beaches.

It bursts with exotic flora and fauna and is surrounded by a coral shelf that abounds with varied and colourful marine life.

To the north of Puerto Princesa can be found the Wildlife Rescue and Conservation Centre, which looks after the two species of Philippines' crocodiles, and visitors can view these animals at various stages of their development, in their enclosures.

St Paul's Underground River was awarded World Heritage Site status in 1999. This national park runs for five miles through a limestone cave before opening out into a lagoon. A sandbar separates the lagoon from the sea.

The site is approximately 50 miles north of Puerto Princesa, and one first takes the road to Sabang, which has one of Palawan's most beautiful beaches.

The national park can be reached by walking along the beach and then through rainforest, or by taking a fifteen minute boat ride.

This area is extremely active with wildlife, including Philippine macaques, monitor lizards and the highly endangerd, flightless, tabon bird.

Close to the underground river is Sabang, with its expansive sandy beaches, still quite unspoilt and uncommercial. Here our accommodation of choice is the new eco-friendly luxury resort, Sheridan Beach Resort & Spa.

For a relaxing stay, with pampering, plus great food, much of which is sourced from its own organic farm, you'll be pushed to find a better choice!

As well as the famous St Paul's Underground River Tour, there are other excursions available from Sabang, including an Organic Farm Tour, Amphibious ATV Tour of the Countryside, Mangrove Paddleboat Tour - where your knowledgeable guide will point out wildlife such as lizards, snakes, crabs, and birds, the different kinds of mangroves, and other vegetation, ATV Jungle Track Tour, and Jungle Trekking. Also Mountain Biking, Zipline, and Segway Tour.

The island of Palawan claimed top spot for "Best island in the World" based on over 76,000 votes in Conde Nast Traveler’s Readers’ Choice Awards for 2014. In 2017, for the second year in a row, and the third time since 2013, Palawan was voted the “World’s Best Island” by readers of Travel + Leisure magazine!